Home / QUARTERLY REPORT / Global debt – the elephant in the room

Global debt – the elephant in the room

There are no free lunches in financial markets. We analyse more recent debt cycles against the current one and unpack some of the indicators to look out for, together with lessons learnt.

“If there’s not enough money in the bank account, you don’t spend it.” Charles Schwab

It is not coincidental that the International Monetary Fund (IMF) Deputy Managing Director, Geoffrey Okamoto (while speaking at the Peterson Institute for International Economics Conference in Washington DC), in October 2020 focused his opening speech on Global Debt and the importance of immediate and urgent collective action. 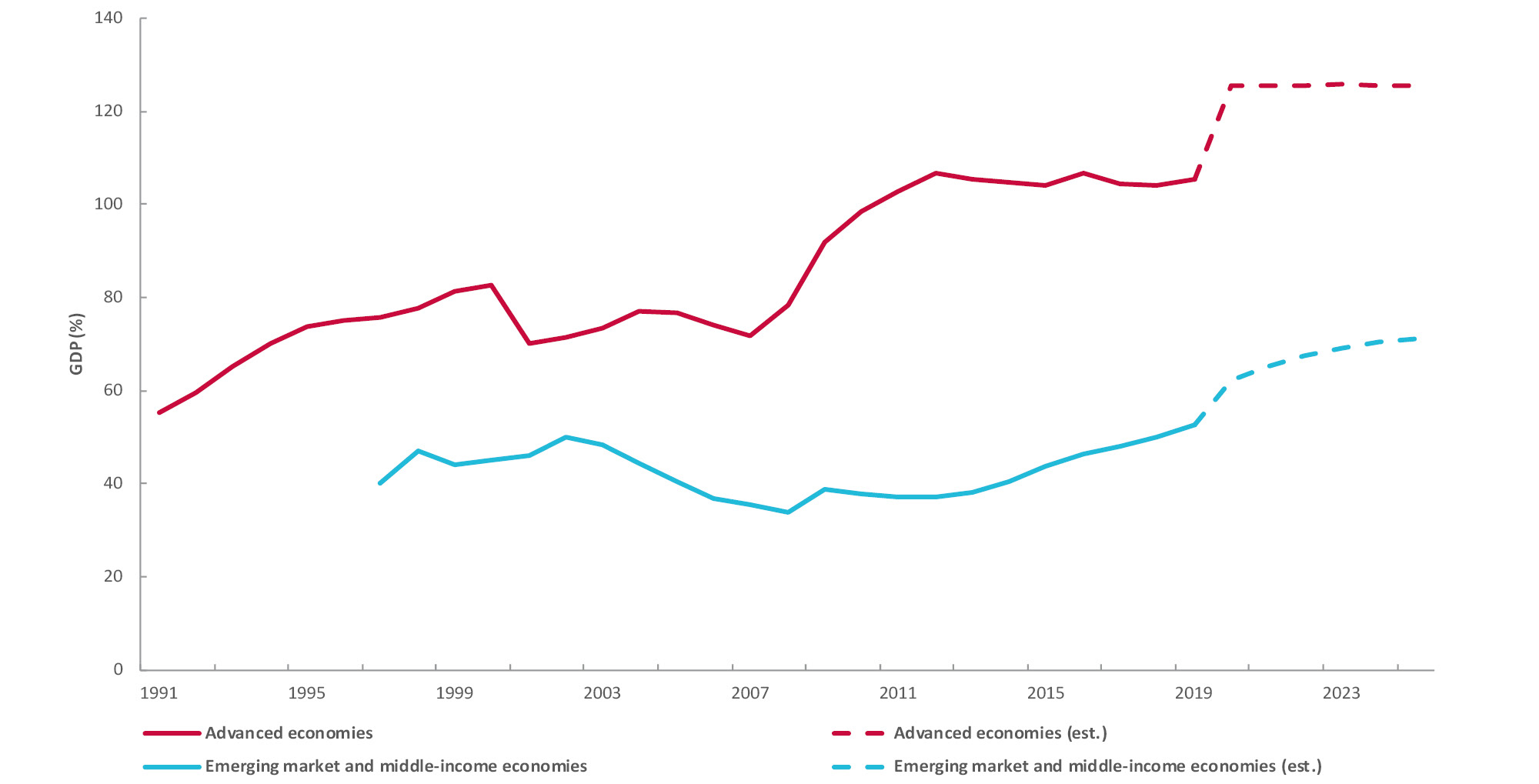 The size of the problem

According to the Institute of International Finance (IIF) who sample key mature and emerging markets, global debt at the end of 2019 reached US$255 trillion, 322% of the world’s collective GDP, 40% higher than at the onset of the Global Financial Crisis in 2008. In 2020, due to COVID-19, governments have been issuing debt at a multiple of 3 times the monthly rate seen between 2017 and 2019. The IIF predict that by the end of this year, global debt will rise to 342% of GDP. 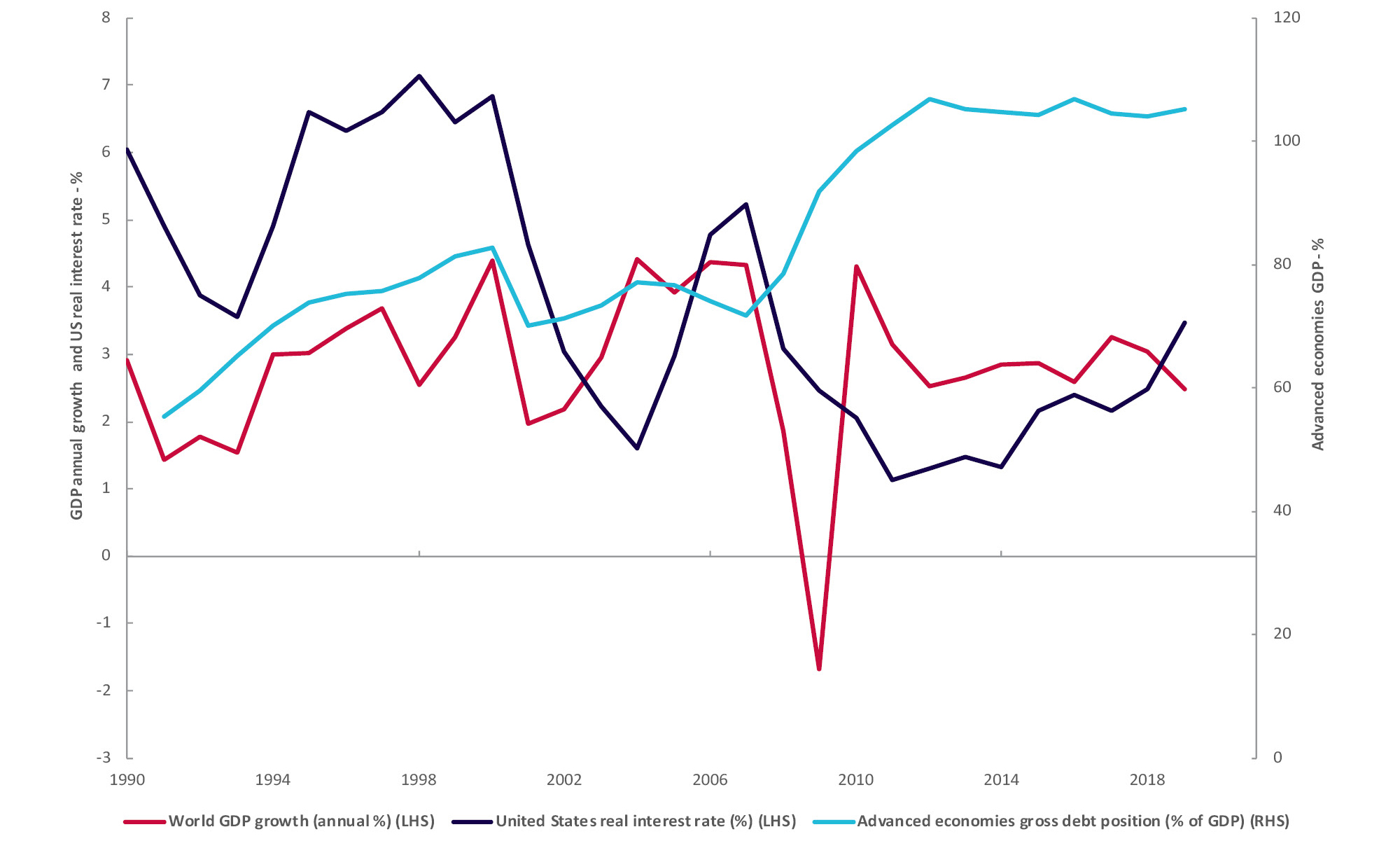 The history of the world’s debt since 1950

According to Ayhon Kose, Peter Nagle, Franziska Ohnsorge and Naotaka Sugawara in their book titled Global Waves of Debt, Causes and Consequences, the world has experienced four waves of debt accumulation since the 1950’s. Their chronology and geographic nucleus being as follows:

What similarities did these debt waves have?

How is the current wave more concerning?

Positive buffers introduced since the last crisis include:

So what are the lessons learnt from three previous debt waves?

Firstly, high global debt, low interest rates and subpar economic growth are a lethal mix that creates systemic vulnerabilities catalysing a crises. Secondly, economic shocks originate from unexpected sources, are unpredictable and other than avoidance, no effective antidote exists. Thirdly, these crises unfold with similar glide paths – a shock, followed by higher borrowing costs, reduced capital flows and a decade of weak economic growth. Fourthly, high debt limits the scope for countercyclical fiscal stimulus when an unexpected crisis does unfold. Think of SA’s response to COVID-19, our indebtedness even before the onset of the virus was already so elevated that our government’s financial intervention was utterly underwhelming. Lastly, that debt accumulation is not healthy unless it is very well spent to finance output-enhancing purposes – particularly export activity.

We acknowledge that we do not have the abilities to predict the time and date of the next financial crisis. This article highlights our awareness of the conditions that create crises and that some are evident currently. Whilst being cognizant of the risks at play, our approach is to operate within a framework that ensures successful long-term investment outcomes for our clients.
This involves:

Since 1970, governments, businesses and households have borrowed from the future – in effect front-loading their consumption. Using debt to consume now, must mean lower prospective consumption and growth. As Charles Schwab rightly points out, there are no free lunches in financial markets.